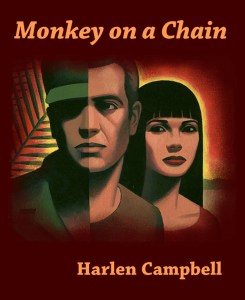 Monkey on a Chain

The first Rainbow Porter story began with a conspiracy in Saigon. It began a second time, twenty years later, with a murder in Los Angeles. The murdered man and his ophaned daughter drew Porter from his mountain retreat in New Mexico. That’s when things started getting violent.

MONKEY ON A CHAIN was originally published in 1993 by Doubleday. It was selected as an alternate by the Book of the Month Club and was reviewed favorably in the New York Times, Denver Post, Albuquerque Journal, and in many other publications. It was also selected as a collectible first edition by Firsts magazine.